Peters and Waterman in a famous management book  « In Search of Excellence » in 1982 carved a sentence that has since be considered as a credo by most MBA programs, most consulting firms and most managers: “Stick to your knitting” i.e. stay with the business you know. Sticking to one’s knitting avoids exploring fields where others are better equipped to succeed.

Associating success with focus is also celebrated in financial markets where conglomerates get a market capitalization discount precisely because they are conglomerates and are not focused enough. A conglomerate, the “street” says, should give the resources back to the market instead of reinvesting it itself, because the market is better positioned to find the best allocation. The old myth of the market superiority strikes again…

Sticking to one’s knitting is wrong, in particular for the dynamics of the labor market.

The assumption of staying focused as defined above assumes the market is perfect; the market works and reallocates resource in an optimal way.

We know now that it is wrong in the financial market.

But it is even worse in the labor market because the labor market is far from perfect and the human resources released by productivity gains (the equivalent of profits in a conglomerate) just don’t find employment easily elsewhere. The fluidity of the market does not exist, neither geographically nor skill wise, or industrial sector wise: the labor market is very imperfect. The reallocation of resources does not work. Labor is not a commodity.

Let’s be even clearer. When a company makes productivity gains, or reduces costs and therefore increases its profits, in general it reduces also the workforce (in the best of cases it increases growth because the company creates more goods with the same number of people but in crisis time this is not the “common” way). The released workforce is thrown into the market…. and in current times it increases unemployment and in particular long-term unemployment because most of the skills released are the hardest to reallocate.

Reducing costs and getting productivity gains is actually easy, the classic method used by the best consultants consists in crowdsourcing cost reduction ideas from the staff itself (the ones who know best the operations and know best how to reduce unnecessary processes, steps, etc.). The method is so well proven that indeed in many cases you could do a cost reduction effort after another and get again a substantial saving.

All cost reduction efforts are fundamentally based on the “Stick to your knitting” philosophy. It works, but it creates unemployment and it generates companies that stall, hesitate to innovate, and are becoming boring for all.

But what if the same methods would be applied to “Get your imagination work”?

Growth potential can be crowdsourced internally

It is possible to think of asking the crowd, i.e. the employees in particular, how to use their skills to do other things, to innovate, to propose more ideas. It is possible to trust the imagination of employees; it is even a potential market for consultants to help get these ideas to an acceptable business readiness level. The methods are not very innovative but the results could be a real growth potential, and some significant job creation. This is not utopia, it has been done, in particular in family businesses and in… conglomerates that (like family business) happen to be not only capital conglomerates but also people conglomerates where the important resources, the people, is moved and re-allocated across the structures.

In France a great example currently is the one of La Poste, the French postal system (largely publicly owned but completely open to competition), reorganizing itself via a number of initiatives that will change largely its perimeter even much further than its current diversification into financial services or telephony. These efforts are “costing” productivity gains but are not only saving jobs; they will probably help create quite a few at La Poste and elsewhere.

La Poste is a privileged player because its shareholders will tolerate a number of years with less profits being distributed. But most shareholders could soon realize that treating diversification, innovation, employee dynamic re-deployment and the resulting employee satisfaction, as investments instead of costs could lead to more trust, more dynamic and engaged employees and more sustainable profits and real market capitalization growth in the medium term.

“Don’t stick to your knitting” and crowdsource internally your innovation is probably a much more engaging slogan for individuals, corporations and society within a  rich world in mutation. 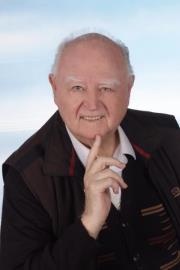