Accelerated disruptions on the world of work will surface in 2017. Several factors are putting pressure on the current situation. This will have many consequences for the strategies in human resources of all organizations.

The digital revolution is “passé”, not so much on the operational and transformation aspect where quite a lot remains to be done in many companies, as on the strategic aspect: indeed, there is no future for companies that have not included digitalization in all their reflections.

But several new revolutions are starting to impact seriously the long and medium term strategies of corporations.

On the technology front, neurosciences will change the way we work, we manage, we buy, we live in society, we recruit, we collaborate, etc. In parallel, artificial intelligence will augment human capabilities (it should probably rather be called Augmented Intelligence because the term does not have to be frightening, on the contrary). Augmented Intelligence will allow a broader and better management of activities at all levels of organizations. In other words, and as an image, it will not reduce, for instance, the number of doctors but increase the number of patients. And therefore, create new jobs, yet displacing others, but overall, the impact on corporations and on society should be extremely positive.

On the social front, the ubiquitous Social evaluation has emerged with huge political impacts (see how China is preparing to evaluate each and every citizen) and social impacts. We will all be evaluated and be all visible for the best and for the worse.

On the socio-economic front, we will see an acceleration of our models, namely because of the rise of proximity economics, small businesses, independent work as a normal and parallel way of working.

On the socio-political front, we will witness an increasing social rejection of inequalities, of unjustified work-status differences (and privileges), of administrative complexity, of obscure constraints (leading to the rise of populism and to movements against the current constraints of all sort, as exemplified in the Brexit or in isolationist movements). A new dimension will appear in the Corporate Social and Environmental Responsibility approach of companies, above the current issues. Managers will have to justify the status and privileges of their employees against those out of the privileged status. On this front, we will also witness the impact of geopolitical items such as migrations. These movements will affect our social models, workforce dynamics, political issues.

On the economic front, the lasting, and now structural, low growth in advanced countries will require serious transition measures for traditional social elements like health insurance, unemployment insurance, evolution of pensions. It will also require serious revisions of macro-economic elements such as the level of national debts and the ways to balance the budgets.

Also, on the economic front, the now established “platform economy” where any company should be a platform, i.e. a destination, or must learn how to work with others platforms without losing its independence, will be a major challenge for strategists, from the service and product strategies to the human capital management strategies.

In corporate organization, it will become essential to define new structures and new systems allowing the human capital at the disposal of corporations (internally and externally) to be better leveraged. Most importantly new jobs, new interrelations between jobs, new people development are required: they need new planning, new definitions, new development.

In management, it will be essential to help all management levels to become acquainted to the new revolutions, to see how to translate them not only in their functions but also in their management styles. The role of HR will be particularly tough in this world. The continuous training of internal and external resources will become a strategic differentiating factor.

These are only examples at a high level of what is happening now and will impact deeply most industries. 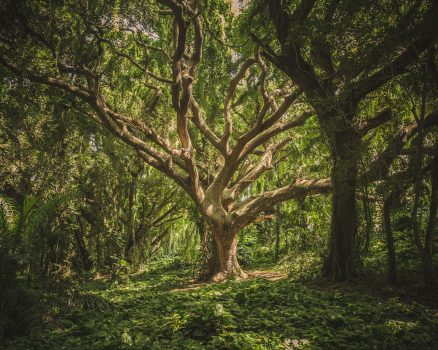